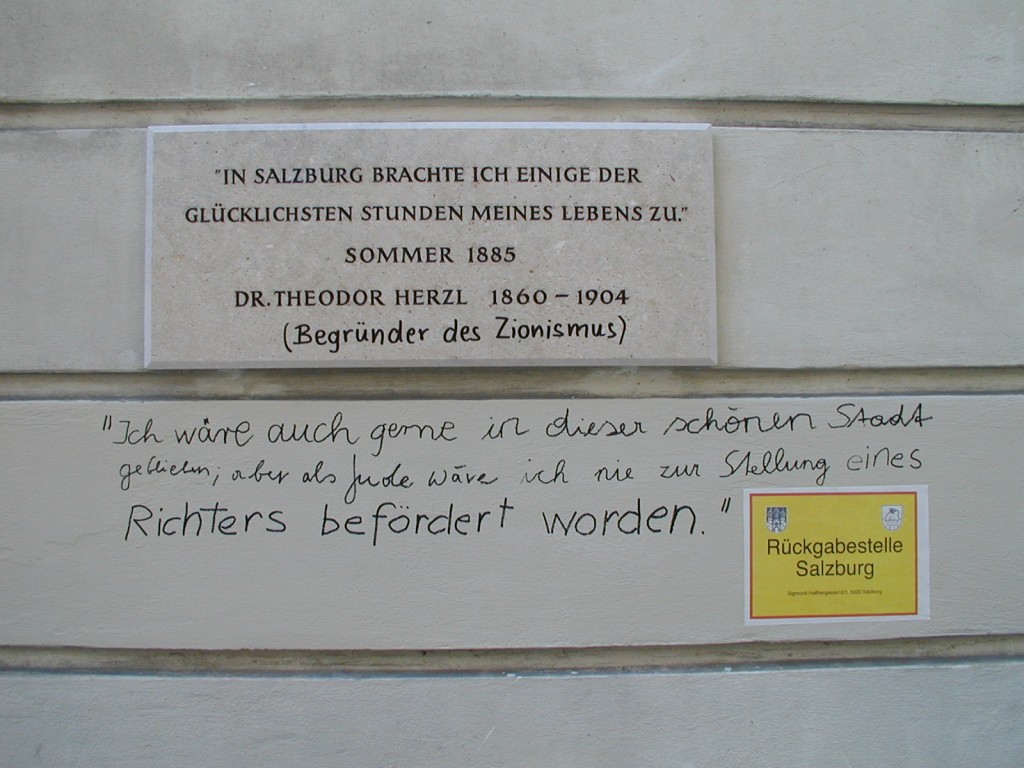 Supplement of a quotation of Theodor Herzl’s diary

Supplement of a quotation of Theodor Herzl’s diary. The official plaque reads: “I experienced some of the happiest hours of my life in Salzburg. Summer 1885. Theodor Herzl.” We found out that the second part of the diary entry was missing: “I would have been happy to stay in this city. But as a Jew, I never would have been promoted to judge.” After three days, the wall was whitewashed by the city government. 6 Months later, we were charged with heavy damage of public property. Because of international protests, the charge was finally dropped and the plaque had to be renewed by the city.