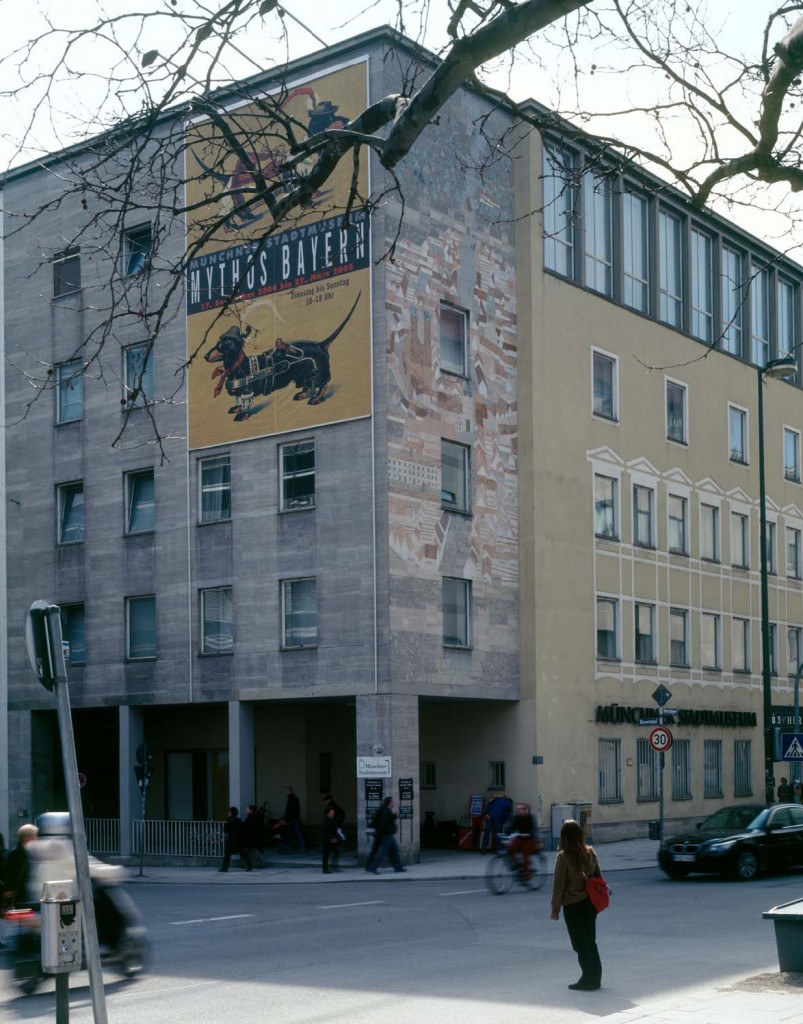 The Munich Municipal Museum is located in the former Uhlfelder Department Store. In summer 2005 there was no literature available in the museum’s bookshop on ‘Arianisation’ in Munich or on the building’s history. The Municipal Museum’s website offers the following information:
The department store expanded in 1930 to become the second largest department store in Munich with 7,000 square metres and approximately 1,000 staff. A particular attraction of the store which mainly catered for customers of lower incomes were the escalators. In 1933 Max Uhlfelder and 280 Jews were put into so-called ‘protective custody’.
During the anti-Jewish boycott in April 1933 demonstrators gathered in front of the department store. During the Pogrom Night of 9/10 November 1938 the store was ravaged, looted and set on fire, then being left to stand open for several days while Max Uhlfelder and his son were deported to Dachau.
“The large shop windows were smashed; the items on display were thrown onto the street, trampled, torn to shreds and partly looted. The same was done to the interior fittings and all of the goods on display. The beautiful escalator, which Max Uhlfelder had had installed a few years previously, his being the first department store in Munich to do so, was destroyed using crowbars. The entire building was strewn with wreckage and broken glass.”
In January 1939 Max Uhlfelder was able to be released; he was saved by a visa for India. His family’s entire fortune was confiscated and they even had to pay for the damage to their department store. During the air raids of 1944 the store further damage. In 1953 Max Uhlfelder returned. He had to fight for compensation in over 100 reparation trials.
His planned reconstruction of the store failed due to lack of funds. In 1954 all but one of the store’s land plots were sold to the city.