„City Views“ is a „work in progress“ and is realized in cooperation with city dwellers from migrant background in European cities. Locations that are associated with emancipation and also those which exclude the public presence of migrants are sought out and dealt with in photo-text series form. 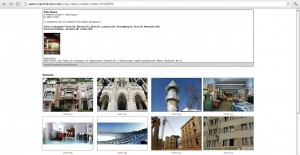 Additionally, issues raised in the cooperation with the city residents participating in the project are investigated in the video „City Views – research talks“. Collaborations with art institutes in the various cities foresee providing support for both the preliminary research and the realization of the project. Diverse perspectives on the cities investigated are set in relation to each other and offer insight into the different cities, looking at the specific social and cultural relations of urban locations where migrants [communities] are active.

In „City Views,“ the perspective of urbanites from various cultural backgrounds will be the center of focus. This follows from Derrida’s concept of difference (as a fluid category of articulatory practices) in contrast to the difference discourse of multiculturalism. The multicultural discourse, while recognizing cultural diversity, nonetheless controls cultural difference and establishes ethno-cultural identities.
How do migrants‘ living conditions differ from those of the non-migrant society? What are these differences? To what extent are migrants stigmatized by the „multicultural“ ideas of the respective non-migrant societies?
Through cooperation with these city dwellers, difference will be presented visually using locations that do not appear – or are presented differently – in official views of the city.
Cities tend to represent themselves through their tourist attractions and „cultural heritage.“ Ideas such as the „easy-going Viennese“ or the „charming French“ are meant to constitute a unique cultural identity with the goal of attracting tourists (welcomed foreigners). In pamphlets, tourist brochures, and election political parties‘ propaganda, consciously selected urban views represent hegemonial ideas of a typical city – and national culture. Culture is fetishized as a consumer object and thereby made to serve every instrumental purpose. The belief in a single, self-contained cultural realm legitimizes the exclusion of minority groups who do not fit into this picture.
In the course of so-called globalization, culture can only be conditionally maintained as an integrated, monolithic block, as an identity- building reference system able to be geographically located. Culture is open for interpretation and thereby also for „translation.“ Its meaning is negotiated and fought for so that in the end, all forms of culture are constantly in a process of hybridization. The „original“ is constantly open for translation; as a result, the assumption of a totalized previously existing content – an essence – is untenable.
Under the conditions of a global capitalism of goods, however, rather than an awareness of our own hybrid-ness it is possible to observe a massive recourse to discriminatory and ethnicizing identity constructions. „Western society,“ in which refugees from poorer states are denied entry per law and migrants are deliberately excluded, produces a culture of insensibility that is reflected in the regained strength of radical right-wing groups and also in subtle everyday racism. 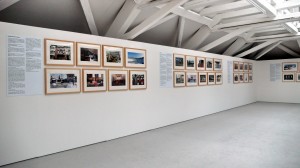 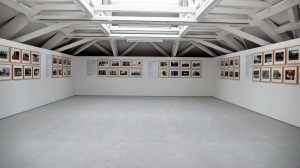 Implementation
Photo and Text works, C-Prints (25 x 38 cm/framed 40 x 50)
Prior to the visits to conduct research and implement the project, city dwellers from migrant background and migrant groups in each city were contacted by telephone and in writing and invited to participate and to suggest appropriate urban locations for the project. At the forefront are issues such as the power, representation, production, and appropriation of space.
Particularly interesting are urban sites located in the intermediary realm, locations that are hardly noticed or that experience a different coding through the power relations within society.
If one sees a tourist attraction, for example the city hall in Vienna, as a „naturalization machine“ (B. Houman), where migrants must often apply for citizenship year after year and experience constant rejection, then the steady stream of entertaining activities taking place at the city hall are stripped of their open, multicultural character.
In contrast to such „non-sites“ (sites of direct or indirect exclusion), in the project „City Views,“ main emphasis is given to emancipatory sites. The focus is on spaces that are politically and culturally self-governed by migrants.
During the visits to the cities, the city residents participating in the project lead tours through their city and suggest the respective locations as motifs. During this process, the way that the photographs are taken (distance, choice of lenses, angle, etc.) is determined together. After the photos have been taken, the participants complement their selected motifs with statements, which will then be visible as a part of the photo-text series.