in cooperation with Oliver Ressler

The institution prison is an instrument of discipline, punishment, and exclusion, and functions as an agent of control and normalization. In today’s society, the prison also has an additional important role as a site of economic production, in which the prisoners must work for a minimum wage. For the most part, it is the expanding prison industry that profits from this enterprise.

The project „European Corrections Corporation“ focuses on the phenomenon of the advancing privatization of prisons in Europe and questions the institution prison. A walk-in container, 605 x 243 x 259 cm, covered with a printed tarpaulin, will be placed into the pedestrian zones in the city centres of Graz Wels and Munich. On the tarpaulin is a detailed CAD graphic with text commentary, which visualizes a private corporation’s future privatization and rebuilding of the Graz-Karlau, Wels correctional facility and Munich Stadelheim. Like a real company, EUCC (European Corrections Corporation) attempts to use the prison as a de-territorialized site of production within the capitalist economy and presents a model for the profitable utilization of the prisoners‘ labor power. Thus, the constructions of prison buildings in the correctional facilities in Graz and Wels is meant to double the number of spaces available for prisoners. 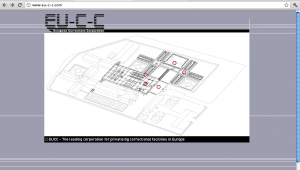 Projected inside the container will be a seventeen-minute video based on an interview with the British activist Mark Barnsley. Barnsley was incarcerated for eight years in twenty-two different private and state prisons in Great Britain and consistently refused to work there. Barnsley shows that underlying both state run and privately run prisons is the idea that criminality is a disease and a social evil, which they attempt to maintain with force, with disciplinary machines. The video thematizes the function and the transformation of the prison as an institution and shows possibilities for resistance inside and outside of the prisons. 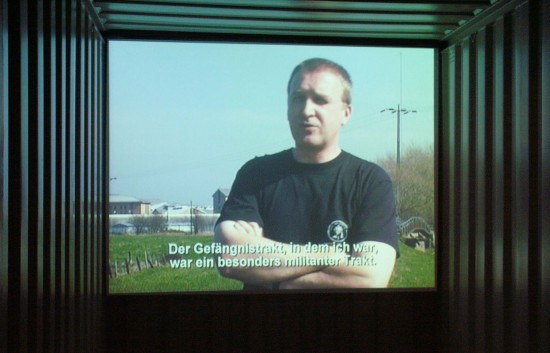 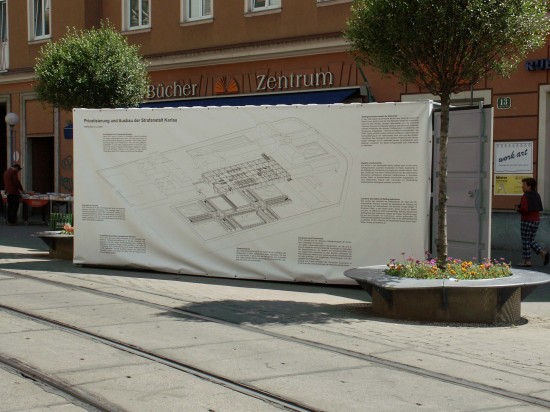 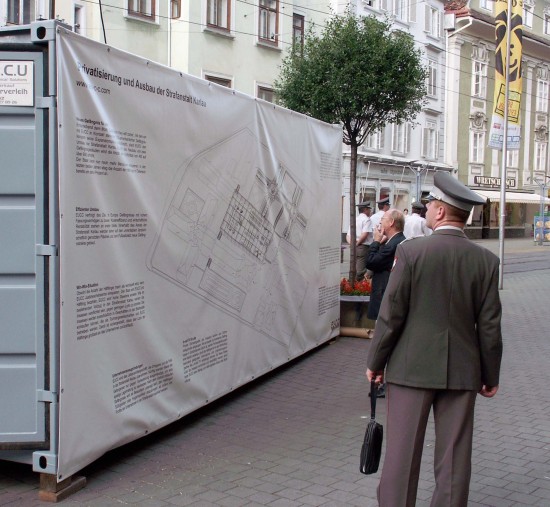