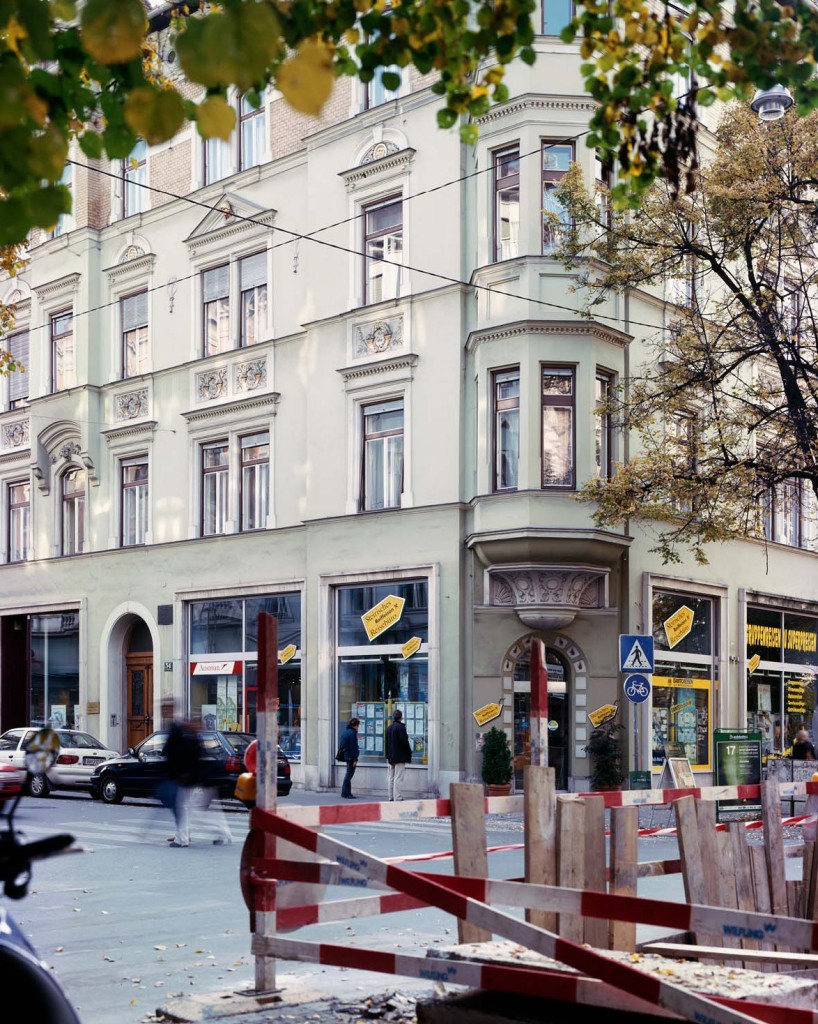 „In April 1938 a law was passed with the aim of eliminating Jewish business people from business life. The ‚Capital Exchange Office‘ created for this purpose in the Ministry for Economy and Labour organised the bureaucratic dispossession of Jews. A whole set of laws regulated this series of state-legalised theft. In April 1938 ownership registration for Jews was introduced and on 12 November 1938, i.e. right after the November Pogrom, the decree was passed ‚excluding Jews from German business life‘. In December 1938 there followed the ‚Decree on the Use of Jewish Possessions‘. In Graz (Austria) a branch of the ‚Capital Exchange Office‘ was opened at Schmiedgasse 34. This authority provided Jewish businesses with a so-called ‚Temporary Administrator‘ who was to be paid by the business owners. […] While purchase and rent contracts can be found in the files from the period up to November 1938 that can be considered to be acceptible, the situation changed radically after ‚Reichskristallnacht‘. Jewish proprietors were arrested and deported to Dachau Concentration Camp.“*
After 1945 the return of ‚Aryanised‘ property ensued sluggishly or not at all. Those who had benefited from ‚Aryanisation‘ even saw themselves as victims and founded their own ‚Society for Victims of Returned Property‘ with demands such as „compensation for damages inflicted upon us“:
„The ‚victims of returned property‘ looked for and found allies in the political area. First and foremost Dr Alfons Gorbach, himself a victim of persecution by the National Socialists, made himself a forerunner in a policy of concession towards former Nazis. He repeatedly intervened in legal battles of those fighting for the return of their property, urging lawyers to consider an ‚amicable settling of the matter‘.“*
A memorial plaque on the building today recalls its past; however, it does not recall the theft and murder of the victims but merely the building’s reconstruction:
„This building was damaged in the war years 1939/45 and restored under Federal Chancellor Doctor Alfons Gorbach in 1961 with funds from the Federal Ministry for Trade and Reconstruction.“

*Excerpt from „Ersuche um Mitteilung, wie ich zu einem jüdischen Geschäft komme – Arisierung in der Steiermark“ (Request Advice on How to Get a Jewish Business – Aryanisation in Steiermark“, Heimo Halbrainer und Joachim Hainzl, veröffentlicht u.a. auf http://www.clio-graz.net.
The Graz society Verein Clio sees itself as a cross-point between mediation and research in the social and historic reappraisal of the history of the Austrian province of Steiermark. It holds regular tours around the town. The building at Schmiedgasse 34 features in these tours.