The starting point of the project is the communist tourist guide „Tirana“, a book that was published in German/English/French/Albanian in 1990. After the fall of the Berlin wall in 1989 Albania was the last country in Europe with a communist system (until 1992).

During my residency in 2007 I re-photographed five locations depicted in the book and made a video interview with Petrit Kumi who is the photographer of the original shots.

The project is investigating the mechanism of ideological rhetoric and shows how neo-liberal capitalism inscribed its economic and social processes into the physical landscape of the city.

The project was realised in the frame of the Artist-in-Residence-Exchange program by < rotor > and TICA (Tirana Institute of Contemporary Art). Supported by by the Austrian Embassy in Tirana. 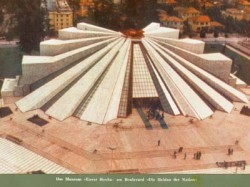 Caption reads: „The Enver Hoxha Museum on the Heroes of Nation Boulevard“ 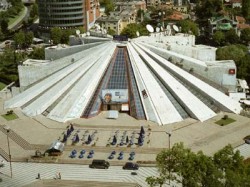 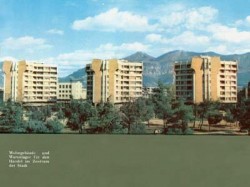 Caption reads: „Appartments buildings and shops at the center of Tirana“ 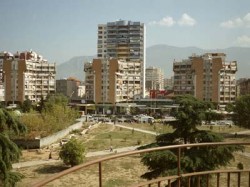 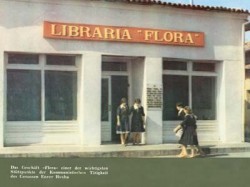 Caption reads: „The Flora Shop, one of the important houses, in which Comrade Enver Hoxha carried on his communist activity“ 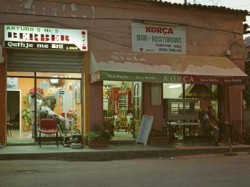 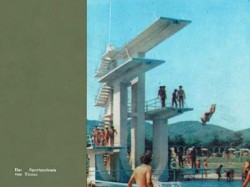 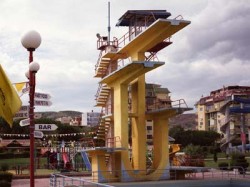 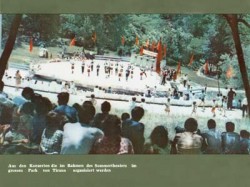 Caption reads: „Concert at the open theatre at the Great Park of Tirana“ 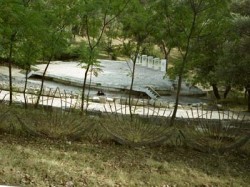 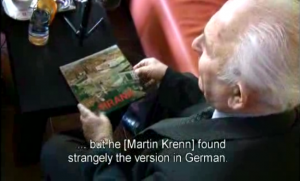